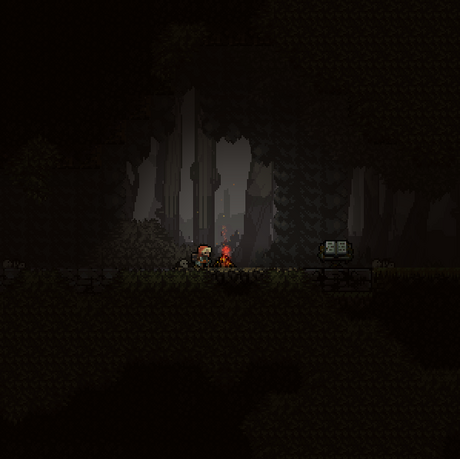 Intermissions are special areas between levels. They are devoid of treasure or danger, and time spent in an intermission does not advance the game's timer. Each intermission features a bonfire around which characters can sit, an action which recovers 20 health and grants affinity points if the players have enough experience. Tossing scrolls and spellbooks into the bonfire will allow every character to sit down again for extra healing. Scrolls allow from 2 points of healing, and books 10.

Additionally, characters that died during a level can be resurrected at a tomb during the intermission. This process costs 20 health and resurrects the dead character with an equal amount of health.

Live chickens can be cooked to produce cooked chicken that heals for a small amount, this also applies to the eyebat monster, that produces a cooked eyeball that gives the player unbound sight.